Internet of Things for Buildings that Make Life Safe and Secure

Recently, there have been numerous discussions about the Internet of Things (IoT) delivering benefits in a variety of areas such as the provision of more comfortable human lifestyles and improvements in business efficiency. Most of the discussed topics and interests are focused on the development of specific underlying technologies.

These technology building blocks include:

1) Power supplies to start and operate IoT systems.
2) Sensors to measure and monitor the state of things and respond to any stimuli.
3) Networks, both narrow and wide area, to disseminate the status and responses of things.
4) Data analyses to identify the state of a system.
5) Data security for safety and security protection.

It is necessary to identify which are the most important areas of focus in any application of IoT. Recently, there have been many discussions in areas such as automobiles, housing, logistics and medicine, concerning applications to implement unmanned operation, automation, monitoring and support. These development trends of fundamental technologies related to IoT are widely recognized to have already started some decades ago.

Aim of our IoT system

We are focusing on the development of an IoT application in the architectural field, which supports everyday life, improves the quality of life, and promotes the safety and security of people. At present, we observe that the possibility of applying IoT in building architectures is mainly confined to the provision of comfortable indoor environments (temperature, humidity, lighting, energy savings, etc.), life support (housework, cooking, etc.), and home appliances with installed IoT systems. In fact, some home appliances with IoT capability have already been developed (air conditioner, freezer, oven, etc.). The main aim of these systems is to realize improvements in the quality of life.

We aim to develop an IoT application for building architectures that provides safety and security, particularly in the prevention of home crimes and in the event of natural disasters. Japan is one of the countries that experience frequent earthquakes, and various types of problem arise during these disasters. We are assuming the responsibility of solving these problems. We name our IoT-architecture approach an "Intellectual house".

Goals and application of our project

Japan is a country with frequent earthquake disasters and a large number of buildings have experienced severe damage from past earthquakes. After terrible seismic disasters, the following problems have been recognized:

Therefore, the following are required in disaster areas: 1) rapid rescue of victims, 2) rapid restoration of damaged buildings and infrastructures, and 3) rapid reconstruction of cities and countries.

To support these requirements, a rapid-response communication system is vital to identify whether a building is safe or damaged. Victims experience great uneasiness until the next action for restoration has been decided.

In past seismic disasters in Japan, a large amount of time was spent on investigations (few months) and a large number of investigators concentrated on the affected areas (few thousand people and volunteers). To prevent such wastage in time and human resources, our IoT system will estimate the state of buildings (whether safe or damaged) within a few minutes without the need for personal investigators, and the results will automatically and quickly be forwarded to the owners.

In the field of building structural engineering, experimental methods for measurement and visualization of the behavior and damage of a building have been established with high reliability. In addition, many evaluation methods for damage identification have been proposed. In general, the strain diagram of a column or a beam can be obtained from the measurements of a strain gauge of a building test specimen under loading conditions. The behavior of a building can then be visualized referring to these results and the location of the damage or the points of excitation can be identified. These methods can help the process of what, where, and how to measure the state of a building.

Key points for our IoT system

As previously mentioned, we focus on a warning system for safety and security during disasters. As a visualization of our IoT system, so to speak, the house itself notices pain or discomfort. In the development of this IoT system we consider the following areas: no external power supply; reliable methods for measuring the state of a building; big data analysis; and optimized alert networks.

In the event of a severe natural disaster, a large number of buildings and urban areas stop functioning, and power outages occur. To estimate the state of buildings in detail, a large number of measuring points is needed. Therefore, to supply power under these situations and demands, we propose to use energy harvesting, such as vibration under seismic or wind motions, and temperature difference in buildings. In other words, the house itself makes the power supply for the start-up IoT system.

2) Measuring the state of buildings

To identify the status of buildings, organic piezoelectric film is applied to measure the strain induced in the buildings. Piezoelectrics have been promising materials which offer electromechanical conversion for a sensor and an energy harvesting device, because of their easy installation into mechanical sources and relative simplicity compared with magnetic field-based generators. Furthermore, organic piezoelectric film is attractive because of its prospective features of strong robustness and high flexibility. However, there are a large number of measuring points in the buildings, and various conditions of the surface of building materials have to be taken into account. Therefore, the locations of measuring points will be systematically selected on the basis of the reference data obtained through building structural engineering tests.

To diagnose the state of buildings, a large number of measured data points must be analyzed. A house contains various types of building materials (wood, concrete, steel, etc.) which complicates the data analysis. Therefore, we will deploy machine learning and artificial intelligence techniques.

4) Communication method and how to warn people from buildings

To identify the state of buildings after a disaster, the analyzed results will be sent to the relevant people. This information will help the victims to decide whether to go home or not, or whether or not the affected building needs repair. The volume of transmitted data is thereby increased, and the communication area can become wide. Therefore, determining the optimum communication method and devices is important to ensure rapid notification.

In order to collect data within buildings, low power consumption wireless modules should be selected because it is impractical to replace the batteries of wireless devices within buildings. To collect data from sensors in the wider area, longer distance wireless communications working on low frequency bands will be used for IoT. For the longer distance wireless communications, we choose Wi‑SUN, which works on the 920MHz band, with IEEE 802.15.4g for PHY and IEEE802.15.4e for MAC, which is ideal for intermittent low power consumption communications. Wi‑SUN access points placed every several hundred meters will forward the collected data from the sensors to the data center. After analyzing damage to the buildings from the collected sensor data, warnings will be sent to people by various wireless communication systems.

We have just discussed the technology and objectives of fundamental and practical research. The development of an IoT system requires the integration of interdisciplinary methods, devices, and technologies. Therefore, we have launched an association of an interdisciplinary team, which is involved in a cross department project among electrical engineering, theoretical and applied physics, and architecture (Figure 1). Each researcher conducts individual research related to their specialized field, and cooperates with each other. 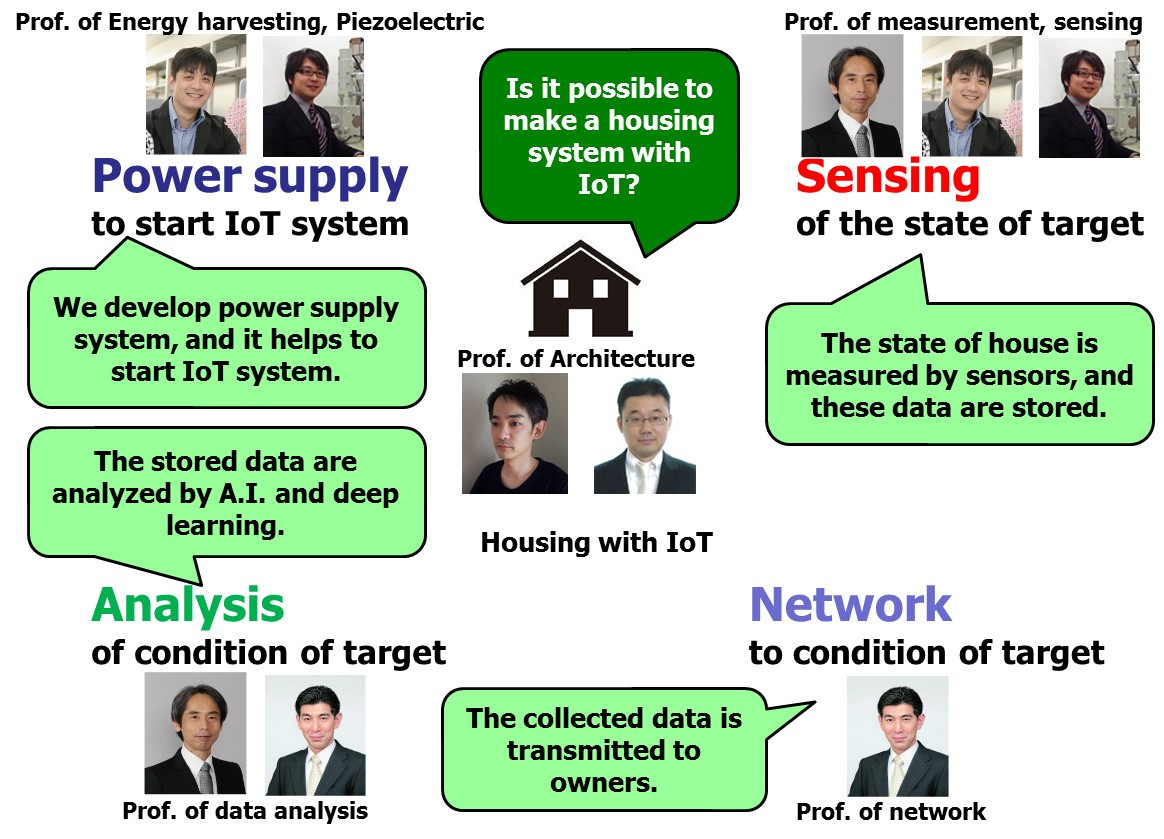 Figure 1: Relationships within our research team

Furthermore, we have initiated an industry-academia-municipality collaboration. Here, our academic team has requested the provincial city (in Oita prefecture, Japan) to prepare a test field for an actual building with an installed IoT system (Figure 2), which will be used as a testbed. 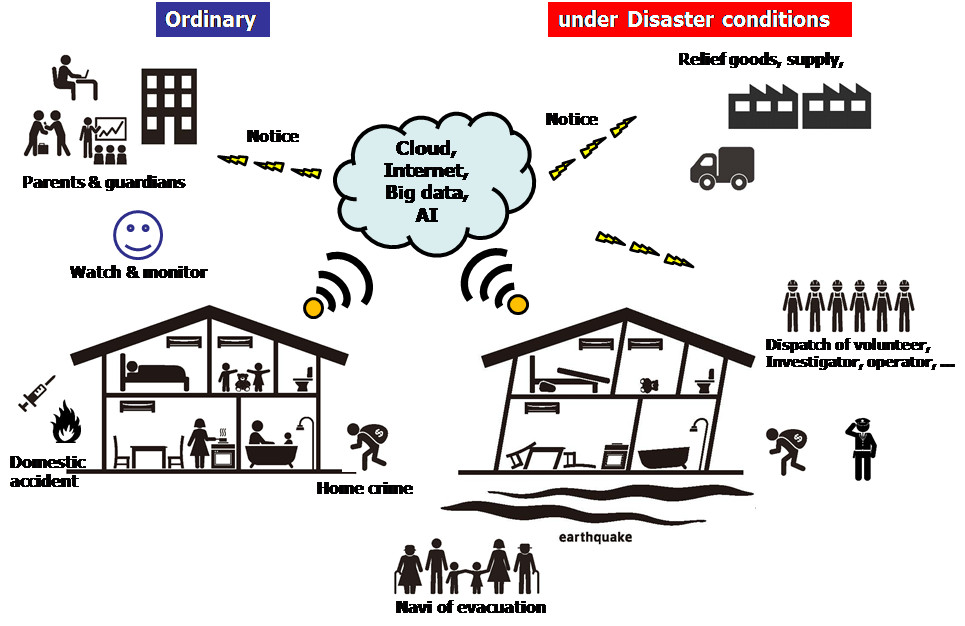 Figure 2 illustrates the notifications envisaged if a building encounters the domestic accident or home crime (Ordinary) as well as those that will occur in the event of a natural disaster (under Disaster conditions).

Takumi Ito is an associate professor at Tokyo University of Science, Japan. He received the Dr. Eng. Degree in building structural engineering from the University of Tokyo in 2004. His Ph.D. thesis is "Evaluation method of ultimate seismic performance on steel building structures". From 2004 to 2009, he was in the University of Tokyo as research associate. Since 2009, he stayed in Tokyo University of Science. His research interests are building structures (steel, wooden structures), experimental methodology, and numerical simulation. He has published 42 papers, 57 proceedings, and other papers or reports. He received some paper awards of Architectural Institute of Japan or Japan Society of Steel Construction in 2003, 2004, and 2006. He can be contacted at t-ito@rs.kagu.tus.ac.jp

Mikio Hasegawa received his B.Eng., M.Eng., and Dr.Eng. degrees from Tokyo University of Science, Tokyo, Japan, in 1995, 1997, and 2000, respectively. From 1997 to 2000, he was a Research Fellow at the Japan Society for the Promotion of Science (JSPS). From 2000 to 2007, he was with the Communications Research Laboratory (CRL), Ministry of Posts and Telecommunications, which was reorganized as the National Institute of Information and Communications Technology (NICT) in 2004. Currently, he is a Professor in the Department of Electrical Engineering, Tokyo University of Science. He is a member of IEEE and has served as a Secretary of the Chapter Operation Committee for the IEEE Japan Council. His research interests include mobile networks, cognitive radio, chaos, neural networks and optimization techniques. He can be contacted at hasegawa@ee.kagu.tus.ac.jp