Mobile Power and the Internet of Thing Webinar - 2 May 2018

This webinar provides an introduction to the technology, applications and issues in providing electrical power for mobile devices such as wearables / medical devices and remotely installed equipment for the Internet of Things.  Users will be able to understand how power can be provided for the billions of devices that will be remotely connected to the Internet in the years ahead.

Achieving smartness in cities through IoT is difficult because it requires integration of different technologies, processes, and administrative domains but, even more challenging, it requires the ability to see the city as a large complex system. As well, a city is largely characterized by its cultural heritage that makes it different from any other city. To quantify and leverage cultural heritage within the large context of a multidisciplinary effort of IoT deployments is a huge challenge.

In addition to domain-specific technological issues, there exist further challenges in business, social, and regulation realms that are deeply intertwined. These intricacies can greatly impact the deployment and the success of IoT deployment within Smart Cities. But, a city’s cultural heritage can and should also be a factor in the creation of its unique path to smartness.

This webinar provides a view on some major technology challenges of the IoT, covers critical business and social issues that could hamper the large deployment of IoT systems within smart cities and provides examples related to the creation of a future city that leverages its cultural heritage and specific needs using Venice, Italy as the example.

Data have reached such a volume and diversity that they have become a fabric upon which applications and services may be built. Some of these data can have a characterization of their own; they become “soft” things. Among these are virtual sensors, sensing made based on data derived from several streams and the virtual representation of devices, like digital cameras. This latter is particularly interesting in view of the trend towards industry 4.0, an area where we have just start to take the first steps.

The talk will address the aspects of virtualization, of data fabric, digital signature and the role these Soft IoT will be having in the coming years.

Demographic, economic, and sociotechnical trends will influence the context of IoT deployments in the short and long run. Especially relevant will be continued population growth, the aging of the population and workforce, increased urbanization, continuing high rates of international migration, high rates of workforce disruption requiring retraining, jobs that are less tethered to particular locations, more leisure time, persistent income inequality, and continued concerns about security and personal safety.

IoT will influence society by facilitating the untethering of work from workplaces, increasing the potential for migration without losing touch with family and friends, making physical environments more user-friendly for old people, and improving personal security through surveillance. It will also bring negative consequences including exposure of formerly private personal behaviors, loss of privacy and trade secrets, and vulnerability to serious cyber-disruptions. There will be unintended consequences that we cannot yet foresee, requiring adaptive responses by courts, public policymakers, enterprises, and individuals. Standards and regulations will often lag perceived need, placing significant responsibility on individuals to protect themselves. New insurance products, contracting norms, and litigation opportunities will help individuals and enterprises manage these risks. 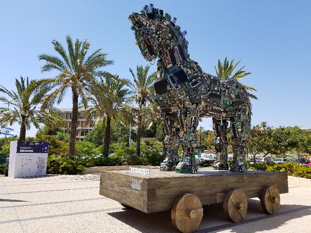 Complete IoT embedded device security is not just about the device but involves the entire product’s identity, data/control integrity, and services traversing the cloud. A device can no longer be looked at as an island, it is a part of a system. And given the cross-domain interactions enabled by IoT it could be a part of many systems. Also, depending on where the device is deployed, for example in the office building verses a factory floor or oil field, reliability, ethics, policy, and safety requirements will present unique challenges.

The coming proliferation of interconnected physical objects in the Internet of Things (IoT) brings concerns over privacy, and ethical access to and use of personal data to new heights. In this webinar, privacy experts examine the state of privacy protection in the European community and extend their knowledge and considerations to a global view on this issue. Up for discussion will be innovative technical and policy approaches to ethics and privacy, to include:

In a quickly unfolding near-future, the Internet of Things will merge with other technologies — e.g., mixed reality, data analytics — to create the beginnings of a sentient and interactive physical environment. The potential of this grand convergence will be enabled by what we today call artificial intelligence. But how will developers encode the human need for randomness and serendipity into the software that will make increasingly important and autonomous decisions in our lives? Is an echo chamber, in which one experiences only what one wants to experience, an inevitable consequence of delegating control to ubiquitous intelligent systems? If IoT is the body and AI is the brain, where is the soul?

This webinar will explore how the emerging decentralized, disaggregated smart grid will converge with the Internet of Things in an "Enernet" that will not just maintain, but improve economy, reliability, security and sustainability. The bulk power grid in America has long been a smart grid. Generators, substations and transmission lines are monitored, analyzed and controlled in real time. Yet, this grid is proving to be inadequate in terms of economy, reliability, security and sustainability. Even if this was not the case, the grid is not designed to accommodate an exploding penetration of new kinds energy production (e.g., wind, solar PV, microgrids), storage (e.g., battery, mechanical, thermal), control (i.e., independent from bulk power grid, even stochastic), utilization (e.g., electric vehicles, smart appliances, smart buildings, smart cities), and commerce (i.e., transactive energy markets) at the distribution edges of the grid.

Some 20,000 generators, 70,000 substations and 100,000 transmission lines in the legacy bulk power grid are being supplemented, even supplanted by millions, eventually billions of new points of energy production, storage, utilization and management at the distribution edges of the grid. The distribution grid has not been a smart grid with only limited monitoring, analysis and control in real time. How will the complexity and autonomy of these new nodes be dealt with? How can billions of variables be monitored, analyzed and controlled to ensure reliability?

The definition of the next generation of mobile network is at an initial stage and there is not a consistent and shared view about its architecture and technical aspects. In this early stage it is important to define the goals and requirements of the future infrastructure. Telecom Operators want to play a key role in this and they are putting forward a very detailed set of requirements capitalizing the efforts on M2M architectural definition and the evolution to 5G.

The definition of the next generation of mobile network will not be inertial (simple technological improvements), instead the goal is to position the 5G network as a powerful enabler for many industries and at the center stage of many future business and technological transformation. The 5G network aims at providing a considerable and diversified capacity and intelligent functions to a large set of classes of applications. This webcast will focus on how the different requirements of IoT could help in defining a slice of the forthcoming architecture of the 5G of mobile systems.

View Questions & Answers from this webinar