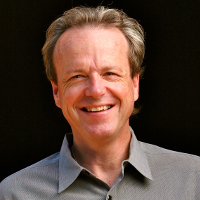 Steve Collier is Director, Smart Grid Strategies, at Milsoft Utility Solutions and is an IEEE Smart Grid expert. In this interview, Steve discusses the convergence of Smart Grid and IoT, and how the Internet and IoT are essential to the success and security of a Smart Grid.

Question: Developing of the Smart Grid is often compared to the development of the Internet of Things (IoT). How do you see them intersecting?

Collier: Oft-quoted metrics attributed to Cisco are that in 2008 the number of things connected to the Internet surpassed the number of people connected to the Internet, and that by 2020 there will be more than 50 billion things connected to the IoT. Meanwhile, the hundred-year-old legacy electric grid in the U.S. has for the past few decades operated some 10,000 power plants connected by thousands of transmission lines and substations to 145 million meters. This is a relatively limited number of things approximating only half the population. Now, however, there is explosive growth in consumer-owned distributed generation, including a new rooftop solar array going into service every four minutes (i.e., 135,000 last year), as well as in consumer-owned intelligent electronic devices (IEDs) such as smart thermostats and smart building systems. Utilities, too, are deploying more IEDs such as smart meters and distribution system automation devices. The same kind of thing is beginning in the electric grid that has been going on with the IoT. We’re going from thousands to millions and ultimately billions of connected endpoints, almost all of which are smart devices that can sense, record, analyze, report, even take action. They all require high-speed, two-way, digital telecommunications, and they all must integrate and interoperate.

Question: Which is easier to make interoperate, the IoT or the Smart Grid?

Collier: The IoT already interoperates practically seamlessly. It uses the same telecommunications systems that we all use and globally standard data protocols (e.g., TCP/IP) and the software applications can be used universally. Contrast this to the Smart Grid where a myriad of vendors sell competing devices, telecommunications and applications which generally do not integrate or interoperate with each other, sometimes not even with different vintages from the same vendor. Most vendors use specialized, single-purpose systems for telecommunications (e.g., mesh radio, power line carrier), data protocols and software applications that are proprietary and closed. For example the telecommunications infrastructure that is being used for automated meter reading (i.e., automated metering infrastructure or AMI) usually cannot be used for SCADA or consumer communications or never for AMI from another vendor. Nor will their software applications run on each others computing platforms. The utility industry has tried to address this via industry standards, but that has resulted in literally scores of overlapping, conflicting or outright mutually exclusive standards not to mention very slow adoption by vendors. After all, why would a vendor invest a lot of resources in making its product easily interchangeable with that from a competitor? The IoT, on the other hand, has system-wide, seamless interoperability that these little utility “islands” do not and never will. And vendors can only succeed if their solutions are seamlessly interoperable. The IoT has achieved true integration, seamless interoperability, limitless scalability, and convenient upgradeability. There’s really no better or even equally good way to do it.

Question: How do consumers play a role in driving the intersection of IoT and Smart Grid?

Collier: Consumers are causing the electric grid is to transform from a vertically integrated utility, owned and controlled system, to what has been dubbed “grid edge.” Production, storage and management of electric power and energy are being deployed mostly by consumers or by non-utility vendors for consumers at the distribution extremes of the grid (i.e., “grid edge”) where the utility customers are connected and served. Planning, analyzing, operating and managing is becoming much more complex. This raises that stakes for rapid deployment of a smarter distribution grid. Fortunately, there is, with diminishing exceptions, already a smart IoT at this customer edge of the grid. And it will soon be everywhere, not because electric utilities need it to, but because customers want it to for so many different reasons. They are already doing more and more of their communications, banking, shopping, entertainment, and education on the Internet. Most have more than one thing connected. At my house, for example, I have some thirty different devices / systems connected to the IoT through my Wi-Fi network. By the way, if every metered customer on the electric grid has the same number, that represents more than four billion things. And that’s today! The Smart Grid is increasingly about the customers’ sides of the meter where they live and work. They will expect to interact via the Smart Grid thru their Nest thermostat or smart meter or distributed generation with platform independent apps on mobile devices. Utilities are sadly swimming up stream trying to deploy, operate, and maintain far inferior platforms when the IoT can meet their needs.

Question: Our increasing dependence on the Internet highlights concerns regarding its security. Does this pose a challenge to making the transition to Smart Grid if the Internet is the control point?

Collier: Utilities and others are concerned about IoT security, and these concerns are valid. Even so, this is way bigger than the Smart Grid. Essentially everybody in the world has a vested interest in the Internet being secure. Just as any consumer, I insist on reliability, and security for the IoT every bit as much as any utility would. My home security system is on the IoT! I do my banking on the IoT. There’s no magic pill; there’s no silver bullet. IoT is an ongoing battle of good against evil but the entire world is fighting that battle because the IoT is so important to life and business. Yes, there will be hacks, there will be breaches, there will be denials of service, but every country, every industry, and every expert will be working on securing the IoT. That same level of resources will not be applied to the disparate competing platforms that utilities are using for the Smart Grid. In fact, the physical insecurity, not the cyber security of the grid has already proven to be a critical problem and sure to become more so. I believe that the IoT will enable the kinds of monitoring, analysis and control that every utility will need to better secure the physical grid.

Question: So how will IoT contribute to the security of the grid?

Collier: There are three different ways. The first one is anticipation and deterrence. Today there is hardly a critical physical facility on the grid that I can’t easily get within throwing or shooting or RPG range of with nobody knowing. If IEDs that operate via the Internet can detect, evaluate, report and even act on potential threats that are approaching or entering a physical facility then there is improved situational awareness and better ability to take appropriate action. IoT based cameras, sensors, analytics and real-time applications can help. Second, a major component of making a grid reliable and secure is to decentralize it so that taking down a single power plant or substation or transmission line cannot affect the entire grid. But decentralization means a lot more endpoints that must be monitored, analyzed and controlled. Again, the IoT can enable this as it already does so with billions of endpoints used by consumers, businesses, industries, and governments. Finally the Internet, not just in the US but throughout the globe, is itself the single largest, most reliable, resilient, economical, and ubiquitous grid in existence. It is both the enabler and the successful user of its own IEDs, telecommunications, and information technologies. It may seem to be circular reasoning, but the IoT has proven to be the best way of addressing its own problems. As the electronics, telecommunications and IT improve, the IoT improves, and as we get better performance, cheaper prices, and more people working on it, the Iot becomes even more secure. So will a Smart Grid based on the IoT as its control plane.