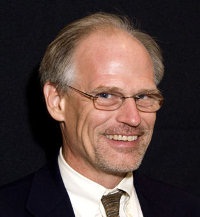 Thomas M. Coughlin is the founder of Coughlin Associates and has more than 30 years of digital storage engineering and engineering management experience. He is also chair of the annual Flash Summit, organizer of the annual Storage Visions and Creative Storage Conferences and a senior IEEE member. As an IoT subject matter expert, he discusses what has been learned to date from consumer wearables and the challenges and opportunities ahead.

Question: What have we learned so far from the growth and adoption of consumer-targeted IoT devices, such as wearables?

Thomas Coughlin: We’ve made it easier to use these technologies, and there’s a greater sense of security and privacy with IoT devices, especially consumer devices, although it’s not clear to me that all of the issues have been resolved. But there’s awareness that as these devices become popular, people don’t want their stuff to get hacked. As more things get smart and connected, security and privacy will become even greater issues.

Question: What have we learned about how consumers are actually using these devices and how they can be improved?

Coughlin: There's been a lot of development in terms of usability and trying to design around things that seem more natural to people so they can easily pick up a device and use it. As you get into the smaller devices, there is a greater need for simplicity. You've got a much smaller screen that you're going to be using to interface with the device. If you're requiring some kind of visual cues, they have to be fairly simple and any text needs to be fairly large.

Question: What functionality might make these devices easier to use?

Coughlin: The use of voice-activated technologies would get around some of the issues with visual interfaces for very small devices. Unfortunately voice-recognition still has reliability problems. We've got a lot of development to do in terms of understanding what kind of interfaces customers are comfortable with and are capable of using. We also need to understand there are different types of customers and there may need to be some differentiation in the way a product works to make it work for everybody. Some people may need very large letters or very large symbols, for example.

Question: What are the applications for consumer IoT that are being thought of now that we might not have even thought of, say, a year ago?

Coughlin: We’re seeing a lot more monetary transactions using these devices, and there's technologies built into them allowing people to essentially carry an electronic wallet and do financial transactions. There’s been enhanced socialization and interaction with other people using these devices. For instance, more people are getting fitness trackers such as Fitbits. They can create a network of other people that are doing fitness to encourage each other and to let each other know what they're doing. There’s greater networking and sharing of results. We’re able to get more intimate information and more immediate information about ourselves for our own personal use or potentially for medical or health monitoring applications.

Question: Does it make sense for wearables to have just one application, or multiple applications?

Coughlin: It's probably a bit of both. I don't necessarily want my furnace control to be playing music. The difficulty with a lot of these smaller wearables is the interface. If I could just tell a smart watch verbally what I want it to do that could make it more useful. But if I have to try to do that with big fingers on a small screen, it's a lot more challenging. If we had limited interface capability fewer applications is probably better than more. It depends upon the processing capabilities and the usefulness of the interface in just how far we can make this whole apps market work. We have to go beyond today's dependence on visual interfaces and into something different, and probably for us that's liable to be either direct brain interfaces of some kind, when we know how to do that, or with some kind of verbal interface.

Question: What is holding back developments in the consumer IoT and wearable segment, if at all?

Coughlin: On the technical side, one of the big issues is power. A lot of these devices are still using a fair amount of it, and conventional battery technologies have a hard time sustaining the energy they need. There are various levels of power savings available now, but there's going to be additional ones in the future, which will make these devices more useful for a longer period of time.

Question: What about memory and computing power?

Coughlin: If we can convert from volatile memories to non-volatile memory it will give us enormous capabilities and in addition it will be important in terms of power-saving. You will be able to turn things off and on again and you're instantly in the same state to continue what you are doing. In terms of memory requirements and computing, if we were to stream everything from every device to central servers, we would choke the Internet, so we are going to see developments in fog or edge computing instead of centralized cloud computing – the idea of more localized processing. It could also contribute to more security and privacy, as any data you send out might be anonymized but still useful in an aggregate. The whole reason why the Internet of Things is happening is because the price of useful processing power, the universality of connectivity, and the lowering price of storage, particularly solid state storage, has made it possible to put intelligent networking and some storage capability in almost everything.