Internet of Things and the 5th Generation Mobile Network

The definition of the next generation of mobile networks is at a very preliminary stage and there is no consistent and shared view about its architecture and technical aspects. In this early stage it is important to define the goals and requirements of the future infrastructure. A very detailed set of requirements has been put forward from the perspective of telecom operators.

The definition of the next generation of mobile networks will not be incremental (simple technological improvements), instead the goal is to position the 5G network as a powerful enabler for many industries and at the center stage of many future business and technological transformations. The 5G network aims at providing a significant and diversified capacity and intelligent functions to a large set of classes of applications.

The move is from a mobile broadband network (e.g., 4G) to a support network very similar in certain characteristics and capabilities to the fixed network. A few foreseen features give a flavor of the differences:

These requirements have been derived in [1] by the analysis of different use cases ranging from "pervasive video" to "broadcast video", from low-power IoT applications up to eHealth (remote surgery in disaster areas) and industrial internet, from "broadband access in rural areas" up to broadband availability in densely populated areas such as stadiums. These requirements seem to be somewhat contradictory; however they have been proposed in order to support possible usages of the future network.

From a technological point of view, the differences with the current and near future deployment of the 4G networks are huge. From the need to deploy more antennas and new frequencies in order to support strong communication capabilities, to heterogeneous radio access technologies infrastructure, up to a strongly revisited control and service architecture supported by more recent approaches.

The approach adopted in order to support many different and sometimes contrasting requirements is to allocate network resources flexibly according to a set of well understood and supported use cases. IoT is one of those, but it should be noted that IoT is a very large application domain and some IoT services could require aggregated functionalities and network characteristics beyond those considered for massive low-cost, low-powered, long-range IoT applications.

The vision for 5G then is one of a set of disparate resources and network functions that can be aggregated and composed flexibly and on demand in order to sustain different use case requirements.

These characteristics will be supported by a kind of IT approach based on:

Particular importance is attached to the concept of architectural slicing, i.e., the 5G software architecture should be sufficiently flexible to allow the creation of abstract layers comprising virtualized resources and functions capable of supporting the identified use cases and related applications. 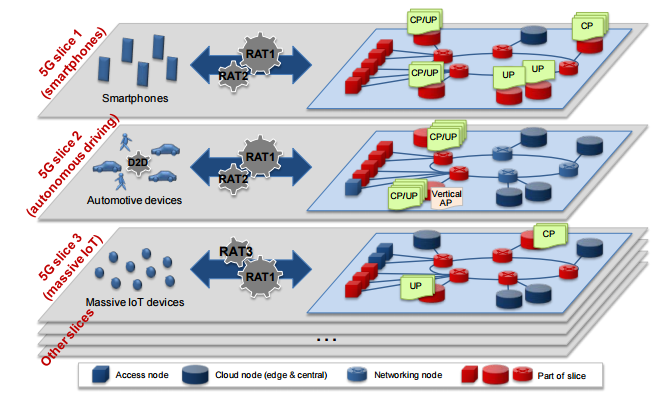 The set of basic supporting functionalities provided by the network includes identification, authorization and security features. The massive scenario refers essentially to a use case that addresses metering deployments, i.e., a large set of sensors that do not have stringent mobility and bandwidth requirements.

These network functionalities could be organized according to a preferred architecture for IoT (e.g., oneM2M) developed according to the requirements and the business goals of the telecommunications industry.

… and how IoT fits in it

Some applications may fit perfectly with the "network centric approach" and they could even be supported by standards [2].

In reality IoT applications are many and varied. Many of them rely strongly on terminal and device capabilities whereas the network is essentially a pipe. Services will be provided in the terminals themselves or in specialized data centers outside of the network. Others may have very stringent requirements in terms of latency and high availability and possibly they are not going to rely on the functionalities provided by the mobile network. This network will be used for communication between different remote industrial or medical sites, while the real-time communications are supported and guaranteed locally in order to fully guarantee critical processes. In addition, many applications will combine the functions envisaged by different slices (e.g., services based on vehicle-to-vehicle communications and using data/information from the sensored infrastructure of a smart city) in order to create new classes of services. Applications and service logic should not be forced to reside in the network. Typically, and in alignment with the end-to-end principle [3], intelligence accumulates at the edges of the network. So the network should deliver only those services that are better supported by and optimized in the network, leaving other functionalities at the edge of the network. Eventually, services will not be created, managed and executed on top of the network (at the service layer) but directly in edge data centers or terminals owned by service providers and users. They may want to use and program relevant network functions. Figure 2 depicts this arrangement. 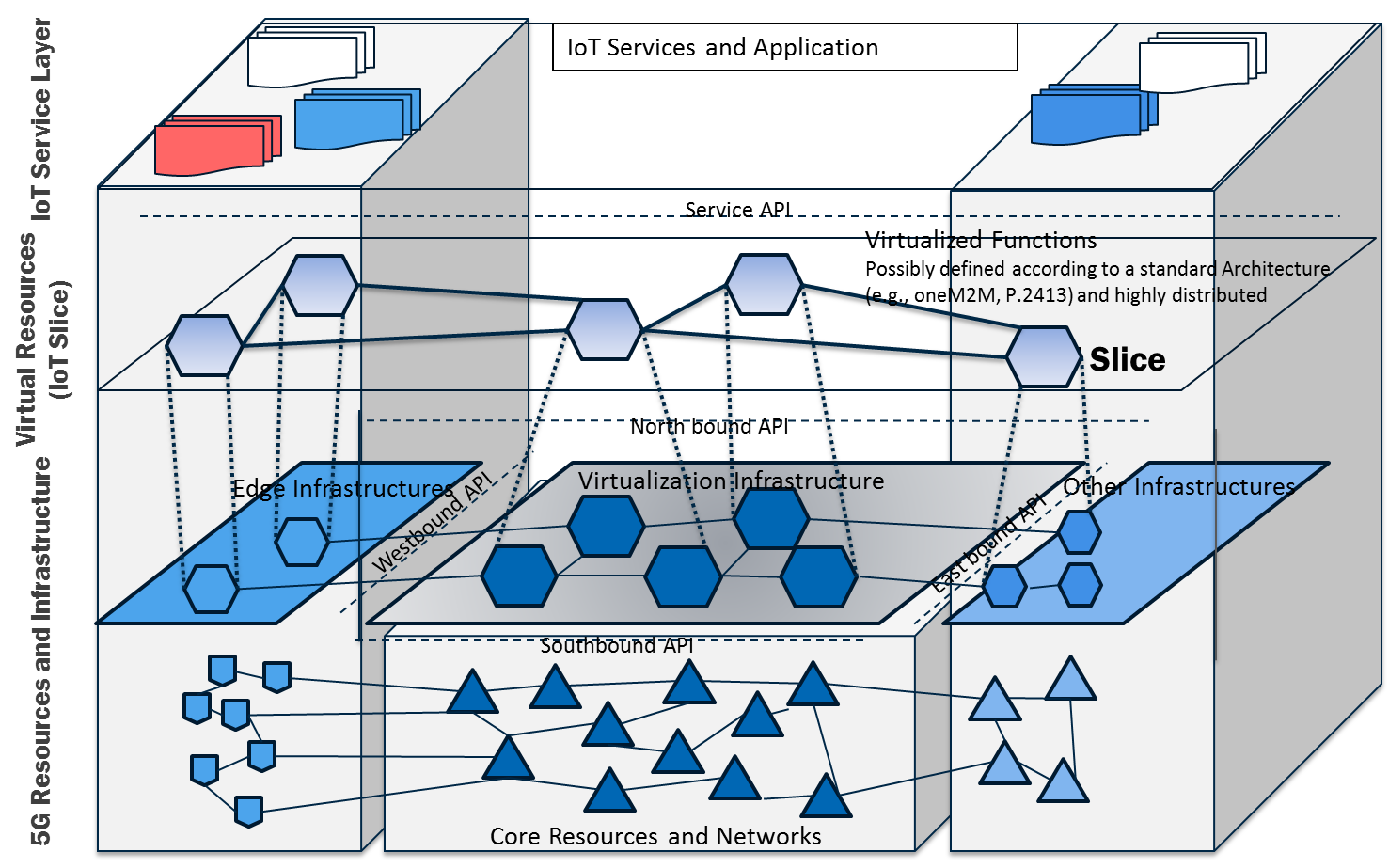 Figure 2: Slicing and allocation of services and applications

As said some services could find their way into the service layer of the operators. Of paramount importance, in the case of IoT, is to understand which new network functionalities will need to be implemented.

A good example of these new functionalities is the PubSub communication paradigm [4] that is characterizing part of the IoT development. This functionality could be usefully implemented within the network at the aggregation routing level. Figure 3 illustrates the functions. 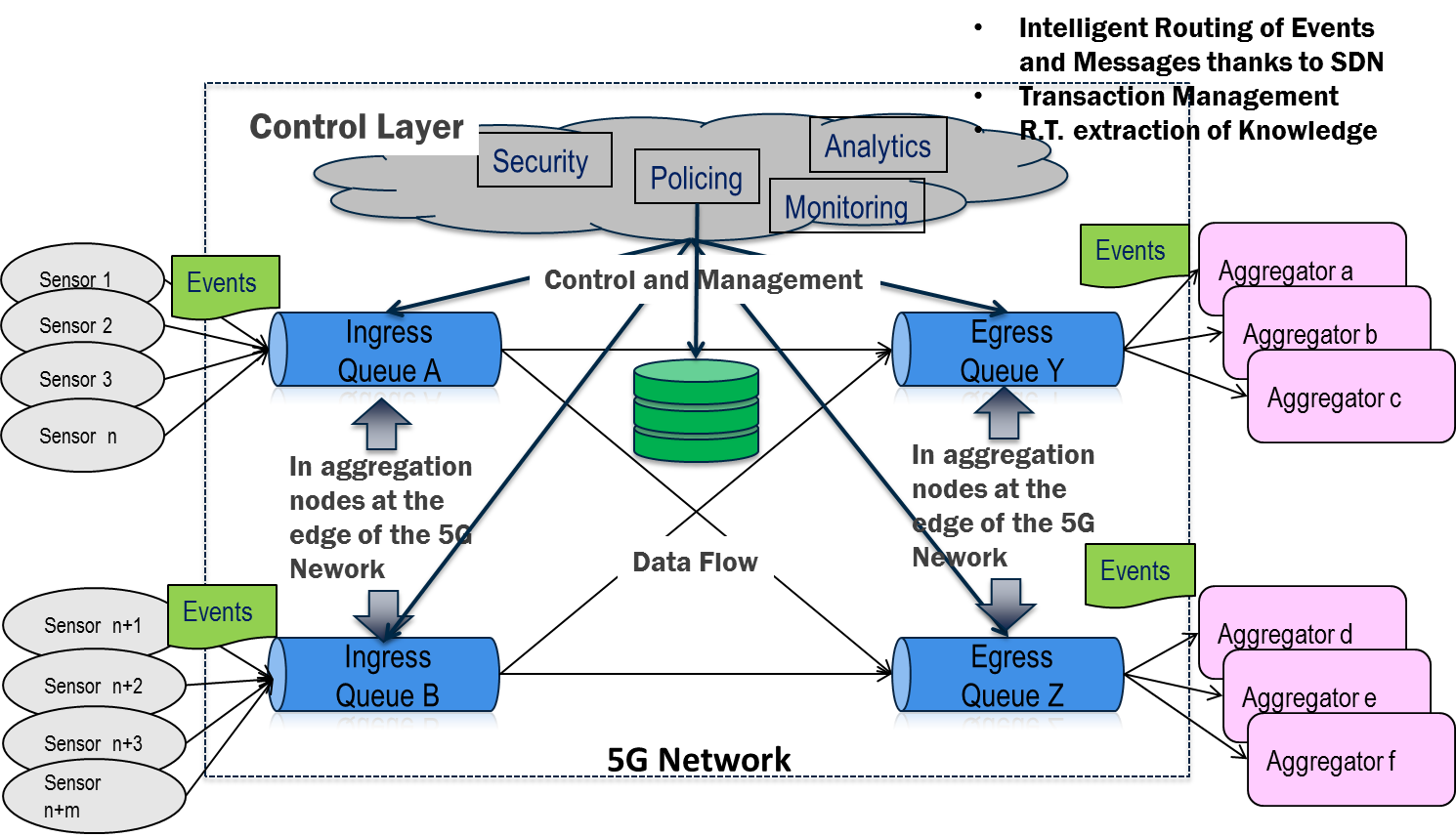 Figure 3: A PubSub engine realized within the 5G infrastructure

The network could manage the subscriptions to event generators in a secure way, guaranteeing privacy and trust. Events could be aggregated within the network and dispatched in an optimized manner to the subscribers. Event generators could publicize their availability as a general service of the infrastructure. In addition the network could store copies of the events, implementing or enabling big data analytics to several users of the services.

The relationship between 5G and IoT will be fruitful and rich if the right functionalities will be implemented at the right place. There is no doubt that some new network functionalities (and some processing and storage) will be needed within the network, but the internet has shown that any functionalities will aggregate in terminals and servers outside of the network. It is important to create a communications infrastructure that is flexible and lean and that offers the right capabilities. A lot of work and specifications remain to be done to reach a viable architecture able to satisfy the requirements of an ever more complex ecosystem such as the one behind the IoT.

Roberto is the Chairman of the IEEE IoT Initiative. It aims at aggregating a large technical community of experts and to leverage resources, knowledge, and skills available in IEEE in order to foster the research and innovation in several IoT fields.

Roberto is in the Research Coordination group in Telecom Italia Lab, where he is currently involved in research activities related to SDN, NFV, 5G, Big Data, architecture for IoT, and ICT technologies for leveraging new business models. He is author of several papers published in international conferences, books and magazines.

Nice article Roberto. It would be nice to define what CP/UP is referring to in the article. Architectural slicing is good but too much abstraction can make things a bit complex for supposedly simple nodes that perform a simple function.