There is scientific evidence that a large number of individuals tied in a social network can provide far more accurate answers to complex problems than a single individual (or a small group of – even knowledgeable – individuals) [1]. This principle has been widely exploited in different internet-related domains, and has been investigated in recent years for the implementation of IoT systems [2], which are expected to integrate a large number of technologies and connect tens of billions of objects in the short term.

According to [3], the Social Internet of Things (SIoT) is defined as an IoT where things are capable of establishing social relationships with other objects, autonomously with respect to humans. In this way, a social network of objects is created. The adoption of the SIoT paradigm presents several advantages:

- a level of trustworthiness can be established for leveraging the degree of interaction among things that are friends;

There is no doubt that many applications and services should in the future be associated with groups of objects, whose individuality will be 'sacrificed' to the overall interest of providing services to users; this is the case, for example, of applications involving the use of swarm intelligence and swarm robotics. It is equally true that several applications will either involve 'au pair' interactions among objects, wherein each object will be the bearer of its specific service to the community, or asymmetric interactions (as, for example, in services based on Bluetooth, Zigbee, 6LoWPAN networks of sensors/actuators or RFID identification systems). In a further category of services, objects condition their friendship's relationship to the achievement of mutual benefits (this is the case, for example, of cooperative services designed to reduce the energy consumption of wireless devices). Those described are sample scenarios where interactions among objects assume the shape of social interactions that mimic the four "elementary relational models" observed in human behaviour [4]. 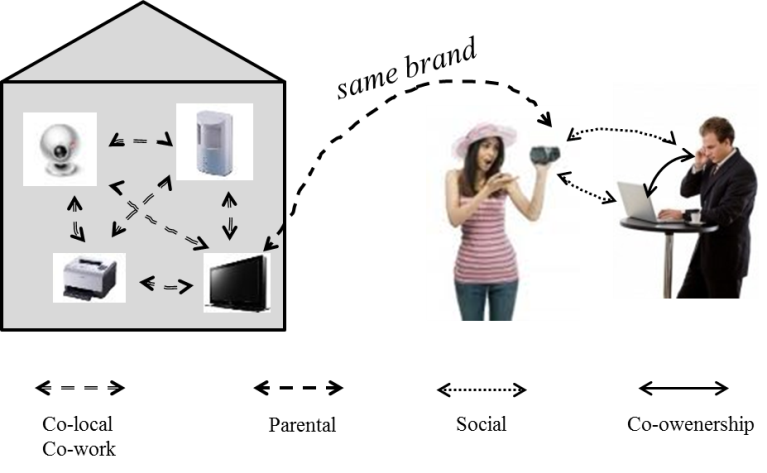 Figure 1: The five types of social relationships among objects

Other types of relationship may be envisaged, but what counts most is the potential of such a disruptive paradigm for building, based on this new 'species of social objects', applications for the service of humans, unattainable by 'non-social' IoT solutions. An element of greater effectiveness in applications is that social objects are able to offer services to their owners by autonomously cooperating with objects which they have previously established relationships with, regardless of whether there are social ties between the owners of such objects or not.

Applications in the era of social objects

Social objects are expected to take a central role in the deployment of applications that rely on opportunistic and loosely coupled interactions among objects and whose value is in their capability of dynamically discovering key information and services from unknown communities of objects. Social behaviour is however of no interest (or even to be avoided at all) for those scenarios where security is the primary concern and where the application value is in the secure access of data from/to objects through authenticated and well-established connections.

Let us consider an example of an application scenario in the social object era.

Alice has just arrived in Beijing for the first time without having planned the journey in advance so that finding the right way to get to her hotel is not easy. Alice starts her SocialMobility application to find the best options currently available. On arrival at the airport, her smartphone had already established a new social relationship with the touristic totem, through which it could reach the bus station information terminals and the taxi control units. The SocialMobility forwards queries following co-location and social relationships to collect information about available transport services, relevant prices, and expected time schedules from various objects directly or indirectly connected to Alice's device. Queries and response are handled hop-by-hop in the social object network and finally processed at Alice's smartphone. She takes a look at the results which are already ordered on the basis of her preferences and selects her preferred solution, i.e, the bus service. SocialMobility then issues a request to buy a ticket and the bus terminal (or another friend object) redirects the application to the mobile ticketing service so that Alice receives the ticket on her smartphone.

To make such applications a reality, each object should be equipped with social functionalities to discover other social objects in the surroundings and establish social relationships; and to search for services and information of interest by crawling the object social network. For the latter task it is important to highlight that effective semantic engines are needed to be able to express queries in a number of domains. Both tasks should however be performed with appropriate tools for managing the trustworthiness of the other social objects which may behave maliciously.

Trustworthiness in the SIoT

In the SocialMobility scenario, the social behaviour of a touristic totem could be altered by malware so that it behaves maliciously. The intent could be, for instance, to make the totem forward the queries only to those 'friends' that want to get benefit from increasing the number of customers. It is evident that the openness of the social behaviour introduces many weaknesses from the security point of view that have to be addressed appropriately before deploying relevant applications.

However, the evaluation of the object's trustworthiness can take advantage of the social network itself. For this purpose, models derived from either social network or P2P technologies can be proposed [5]. In a subjective model, closer to a social networking viewpoint, each node computes the trustworthiness of its friends on the basis of its own experience and on the opinion of the friends in common with the potential service provider. In an objective model, derived from P2P scenarios, the information about each node is distributed and stored making use of a DHT (Distributed Hash Table) structure so that any node can make use of the same information. With the former model each node has a different view of the trustworthiness level for each other member of the network, whereas with the latter model the same view is achieved by any node in the network.

An implementation of the SIoT platform, which includes the main features described, is available at http://www.social-iot.org. It is based on the ThingSpeak project with the addition of social features. Figure 2a illustrates the registration form of an object (referred to as channel), in which it is possible to select the kinds of relationship this object is authorized to establish. Figure 2b shows how a certain number of friendships have been created for an object without the intervention of its owner. 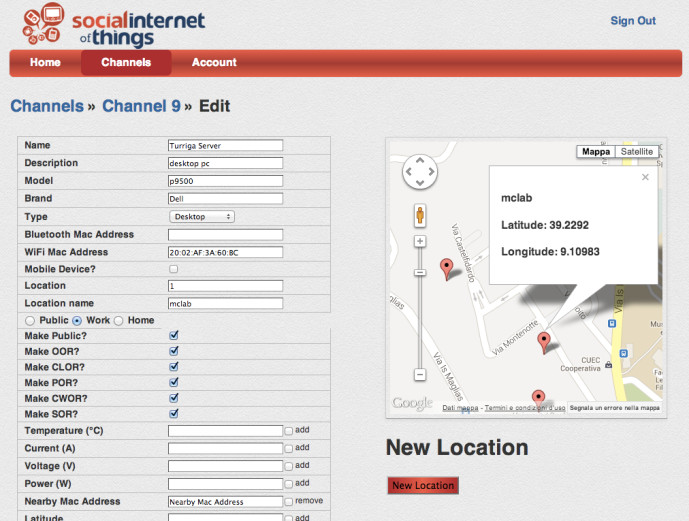 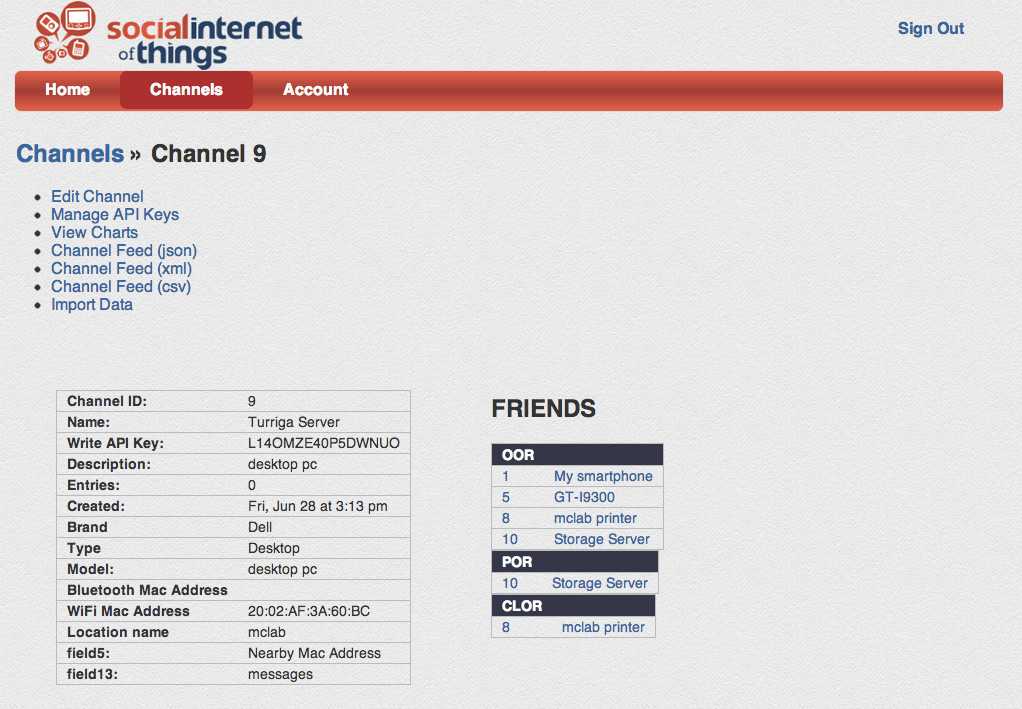 Figure 2: Screenshots of SIoT server user interfaces:
(a) creation of a new object (channel) account; (b) summary of the object account

[4] A. P. Fiske, "The four elementary forms of sociality: framework for a unified theory of social relations", Psychological Review, vol. 99, 1992

Luigi Atzori is a researcher at the University of Cagliari (Italy). His interests are in multimedia communications, with special emphasis on quality of experience management, and Internet of Things, with focus on architecture definition, application deployment strategies and trustworthiness evaluation. Recently, he has been involved in projects related to multimedia quality of experience and architecture definition for adaptive networked embedded systems. He has published more than 140 journal articles and peer-reviewed conference papers. He is a senior member of IEEE.
Contact him at: l.atzori@diee.unica.it

Antonio Iera is Professor of Telecommunications and Director of the Laboratory for Advanced Research into Telecommunication Systems (www.arts.unirc.it) at the University of Reggio Calabria, Italy. He also holds the position of scientific coordinator of the local Research Unit of the Italian National Inter-University Consortium for Telecommunications (CNIT). His research interests include next-generation mobile and wireless networks, RFID systems, and Internet of Things. He is a senior member of IEEE.
Contact him at: antonio.iera@unirc.it

Giacomo Morabito received the "laurea" degree and the PhD in Electrical, Computer and Telecommunications Engineering from the University of Catania in 1996 and 2000, respectively. From November 1999 to April 2001, he was with the Georgia Institute of Technology as a Research Engineer. Since April 2001 he is with the DIEEI of the University of Catania where he is currently Associate Professor. His research interests focus on analysis and solutions for wireless networks and Internet of Things.
Contact him at: giacomo.morabito@dieei.unict.it