As people are becoming older and more patients have multiple diseases, the number of embedded medical devices humans will have in their body increases. These implanted devices will collect vital information about the health status of patients and in some cases also perform actuation such as drug delivery. Transmitting data out of the body is difficult from many places inside the body. We advocate to network implanted devices using radio frequency communication. By making use of the body’s adipose (fat) tissue we able to achieve both higher data rates than conventional approaches and make it possible to transfer data to devices in regions from where it is easier to couple out the data.

A further trend is to network these implanted devices which is necessary since more and more (elderly) people have multiple diseases that can benefit from implanted devices. This trend brings the Internet of Things into the human body. Nevertheless, some applications cannot be realized today due to a lack of bandwidth inside the body since current in-body communication methods such as capacitive and galvanic coupling do not offer high data rates. 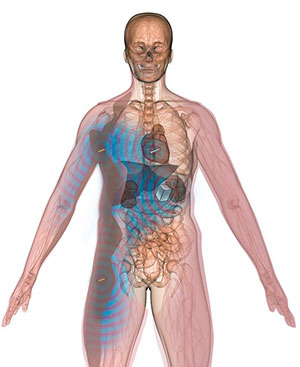 Figure 1: In the future, we may have several IoT devices inside our body.

In this article, we present a novel approach that addresses exactly these issues. We show that the human body’s adipose (fat) tissue can be used as a communication channel for radio frequency (RF)-based communication. One major advantage of this approach is that it can support high data rates [2]. This allows for supporting multiple sensors and in the long run more data-intensive applications such as electronic arms and brain-to-machine interfaces. Furthermore, coupling out signals at low power from inside the human body is impossible from many locations. Therefore, a communication channel within the human body will allow transferring in-body data to a location from where it is easy to couple out the signal.

In order to evaluate the applicability of using adipose tissue for communication between implanted IoT devices, we have been experimenting with different modalities. We have performed simulations with the CST simulator as well as experiments with ex-vivo material, i.e., porcine tissue. Furthermore, we have designed phantoms, i.e., artifacts that exhibit similar behaviour (e.g., in terms of dielectric properties) as adipose tissue.

We have performed our experiments on 2.4 GHz, the same frequency WiFi, Bluetooth, ZigBee and other wireless technologies use. Our results show that fat tissue offers low transmission loss for intra-body communication. For a fat layer with a sickness of 20 mm or above (the human fat tissue sickness is on average between 20 and 30 mm), there is a good signal coupling between transmitter and receiver. Another finding from our experiments is that the skin and muscle layers act as a waveguide for the fat layer. This allows for energy-efficient communication meaning that even with low transmit output power, communication is possible. In more detail, our results suggest the following losses for a distance of 20 mm: 2 dB for the phantom and 4 dB for the ex-vivo setup. Based on these numbers we expect a loss of 3 dB for human adipose tissue.

The experiments above are performed using a straight fat channel without any disturbances. In a human body, however, the fat channel is in many cases not straight, the thickness is not homogeneous and has disturbances in form of blood vessels. Our results have shown that also in such cases, communication using low-power communication is possible.

Networking implanted IoT devices also enables new sensing applications within the human body because the fat channel can also be used for sensing: for example, a tumor relapse changes the communication properties [4]. In particular, the strength of the received signal decreases with hinders such as tumors. This enables us to identify, e.g., the relapse of a breast cancer tumor.

Figure 3: Model and results for pertubants such as tumors. The adipose tissue can be used as a sensing channel to identify, e.g., tumor relapse.

Figure 3 shows the simulation setup used for studying the impact of pertubants such as tumors on the communication. The simulation model is informed by parameters measured with an ex-vivo setup. The results clearly show that with the size of the tumor, the coupling between the transmitter and receiver probes decreases. Hence, measurements of the coupling between the probes over time can be used to identify tumor relapse.

While we propose to use RF inside the body which may have harmful expect as humans, we note that we use low-power waves with 1000 times lower power than cell phones and hence this type of in-body communication would still be SAR (specific absorption rate)-compliant.
IoT networks and devices inside human bodies may put human privacy and safety at risk and hence security and privacy are of utmost importance. We are currently addressing these issues in a long-term project funded by the Swedish Foundation for Strategic Research.

Noor Badariah Asan is currently a Ph.D. student in Microwave Technology in the Department of Engineering Sciences, Uppsala University, since 2015. She is working on characterizing and developing fat intra-body microwave communication. She received the B.E. degree in Electronic Engineering (Telecommunication Electronics) from Universiti Teknikal Malaysia Melaka, Malaysia, in 2008, and the M.E. degree in communication and computer from National University of Malaysia, Selangor, Malaysia, in 2012. In 2010, she joined the Department of Electronic and Computer Engineering, Universiti Teknikal Malaysia Melaka, as a Lecturer. Her current research interests include wireless sensor network, designing, optimizing and characterizing biomedical sensor for intra-body area network. She is a student member of IEEE.

Robin Augustine received his Ph.D. in electronics from Université de Paris Est Marne La Vallée, France, in July 2009. He was post-doc at the University of Rennes 1, from 2009 to 2011. Since 2011, he has been working as a senior researcher at Uppsala University, Sweden. In February 2016, he was appointed as Associate Professor. He is the PI of Indo-Swedish Vinnova-DST funded project BDAS. He received Swedish Research Council (VR) funding for his project Osteodiagnosis. He is currently leading the Microwaves in Medical Engineering Group (MMG) at the Solid State Electronics Division, Uppsala University. He is author or co-author of more than 110 publications and IEEE member.

Thiemo Voigt received the Ph.D. degree from Uppsala University, Sweden, in 2002. He is a Professor of computer science at the Department of Information Technology, Uppsala University. He also leads the Networked Embedded Systems group at RISE SICS. His current research focuses on system software for embedded networked devices and the Internet of Things. He is author or co-author of more than 170 reviewed publications and his work has been cited more than 12400 times and received awards at multiple conferences.