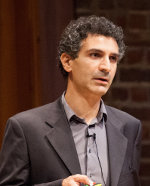 Raffaele Giaffreda is a Chief IoT Scientist at FBK, Italy. He has worked in telecom R&D environment since the beginning of his career, focusing in the last decade on IoT, AgriTech and related technology-transfer activities (co-founder of the AGRIOT LAB initiative). In his role, he is now responsible for setting research and innovation directions, acquisition of funding and for the execution of a number of collaborative projects and technology transfer initiatives in the IoT and agriculture domain. Raffaele worked in Italy and in the UK (over 10 years), acquiring experience in both, corporate telco environments (R&D of BT and Telecom Italia) as well as in a small research organisation (CREATE-NET before its merge in FBK) where the ability to acquire funding was key in ensuring continuity of operations. He is a recognised expert with a substantial record of IEEE publications and conference presentations, a patent and various book chapters and tutorials on IoT. He is an experienced speaker and chair of IoT related events, he serves as an EU reviewer, TPC in a number of international conferences. Raffaele writes as a columnist for the IEEE IoT Magazine and he is the Editor in Chief of the IEEE IoT Newsletter. 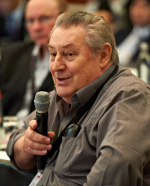 Dr Stuart Sharrock has been working as an analyst and consultant in the telecommunications industry for the past three decades. He holds a BSc in Natural Philosophy from Edinburgh University and a PhD in Nuclear Physics from University College London and has conducted research in nuclear physics in the Soviet Union, Switzerland, the UK and the USA. He lectured in physics at UCL before entering the commercial world as the Physical Sciences Editor of Nature, the world's leading peer reviewed scientific journal, and subsequently as a publisher of scientific books and journals for a number of major publishing houses before becoming an independent analyst and consultant.

Dr Sharrock has worked closely with the International Telecommunication Union over the past 25 years. He has published the official exhibition catalogue for the World Telecom exhibitions in Geneva as well as for many of the ITU’s regional Telecom events in Africa, Asia and Latin America. He is currently the Forum Curator for the ITU Telecom World Forum. 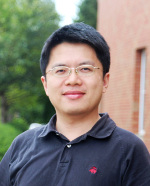 Zhenzhong Chen received the B.Eng. degree from Huazhong University of Science and Technology, Wuhan, China, and the Ph.D. degree from the Chinese University of Hong Kong, Shatin, China, both in electrical engineering. He is currently a Professor at Wuhan University (WHU). Before joining WHU, he worked at MediaTek USA Inc. San Jose, CA, USA. His current research interests include multimedia communications, IoT, cloud computing, and intelligent systems, etc.

He is a Selection Committee Member of ITU Young Innovators Challenges, a member of the IEEE Multimedia Systems and Applications Technical Committee, Co-Chair of IEEE Multimedia Communication TC Networking Technologies for Multimedia Communication IG. He is an editor of Journal of Visual Communication and Image Representation. He has been the Special Session Chair of IEEE World Forum of Internet of Things 2014, Publication Chair of IEEE Conference on Multimedia and Expo 2014, and has served as a technical program committee member of the IEEE ICC, GLOBECOM, CCNC, ICME, etc. He was a recipient of CUHK Young Scholar Dissertation Award, the CUHK Faculty of Engineering Outstanding Ph.D. Thesis Award, Microsoft Fellowship, and ERCIM Alain Bensoussan Fellowship, First Class Prize of 2015 IEEE BigMM Challenge 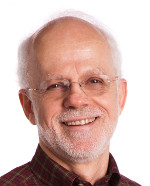 Nahum Gershon focuses on social media, cloud computing, the Internet of Things, strategic planning, visualization, combining creative expressions with technology and real-time information delivery, presentation & interaction in mobile, wearable as well as traditional devices including how they could improve both organizational environments and our personal lives. Nahum Gershon has served in many capacities at the IEEE over the years and is a Senior Principal Scientist at the MITRE Corporation.

Nahum is a well-known community organizer, mentor, and communicator and is quite socially oriented. He has a significant international & multicultural background (citizen of the world, speaking a number of languages) and is right and left brain enabled. He enjoys life! 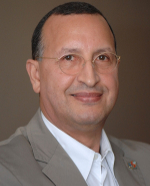 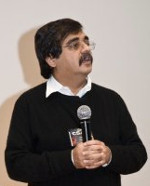 Nasir Memon is a professor in the Department of Computer Science and Engineering at NYU School of Engineering and director of the Information Systems and Internet Security (ISIS) laboratory. He is one of the founding members of the Center for Interdisciplinary Studies in Security and Privacy (CRISSP), a collaborative initiative of multiple schools within NYU including NYU-Steinhardt, NYU-Wagner, NYU-Stern and NYU-Courant. His research interests include digital forensics, biometrics, data compression, network security and security and human behavior. Memon earned a Bachelor of Engineering in Chemical Engineering and a Master of Science in Mathematics from Birla Institute of Technology and Science (BITS) Pilani, India. He received a Master of Science in Computer Science and a PhD in Computer Science from the University of Nebraska. Prof. Memon has published over 250 articles in journals and conference proceedings and holds a dozen patents in image compression and security. He has won several awards including the Jacobs Excellence in Education award and several best paper awards. He has been on the editorial boards of several journals and was the Editor-In-Chief of Transactions on Information Security and Forensics. He is an IEEE Fellow and a distinguished lecturer of the IEEE Signal Processing Society. 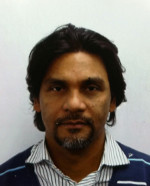 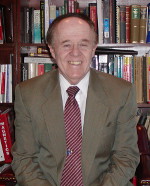 Richard V. Snyder is President of RS Microwave (Butler, NJ, USA), author of 99 papers, three book chapters and holds 19 patents.  His interests include E-M simulation, network synthesis, dielectric and suspended resonators, high power notch and bandpass filters and active filters.  He received his BS, MS and PhD degrees from Loyola-Marymount, USC and Polytechnic Institute of New York University.  Dr. Snyder served the IEEE North Jersey Section as Chairman and 14 year Chair of the MTT-AP chapter.  He chaired the IEEE North Jersey EDS and CAS chapters for 10 years.   He twice received the Region 1 award.   In January 1997 he was named a Fellow of the IEEE and is now a Life Fellow.  In January 2000, he received the IEEE Millennium Medal.  Dr. Snyder served as General Chairman for IMS2003, in Philadelphia.  He was elected to ADCOM in 2004.  Within the ADCOM, he served as Chair of the TCC and Liaison to the EuMA.  He served as an MTT-S Distinguished Lecturer, from 2007-2010, as well as continuing as a member of the Speakers Bureau.  He was an Associate Editor for the IEEE Transactions on Microwave Theory and Techniques, responsible for most of the filter papers submitted.   He is a member of the American Physical Society, the AAAS and the New York Academy of Science.  He was the MTT-S President for 2011. Also a reviewer for IEEE-MTT publications and the MWJ, Dr. Snyder teaches and advises at the New Jersey Institute of Technology   He is a Visiting Professor at the University of Leeds, in the U.K.  He served 7 years as Chair of MTT-8 and continues in MTT-8/TPC work. He is the organizer of the annual IWS conference in China. He previously was Chief Engineer for Premier Microwave. 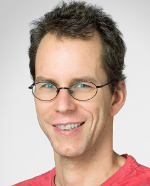 Thiemo Voigt is professor for wireless sensor networks at Uppsala University, Sweden. He also leads the Networked Embedded Systems group at SICS Swedish ICT (formerly Swedish Institute of Computer Science). His research interest is in reliable wireless low power communication infrastructures for the Internet of Things. In that area he performs systems research. Outcomes of the research that has been performed within his groups include the Contiki operating system and widely used simulation and testbed tools such as COOJA, MSPsim and JamLab.

He has been involved in several European projects such as the CONET Network of Excellence, GINSENG, RELYonIT, EVARILOS and has been leading the makeSense project that aimed at simplifying the programming of integrated sensor networks. He has also been involved in the organization committee of all relevant sensor networking conferences including ACM SenSys, ACM/IEEE IPSN where he was also TPC co-chair, IEEE SECON, IEEE MASS and the European Conference on Sensor Networks (EWSN) where he is on the steering committee. Further, he is an associate editor of the ACM Transactions on Sensor Networks. His publications have received more than 5000 citations and papers he co-authored have received awards at several conferences including ACM/IEEE IPSN. 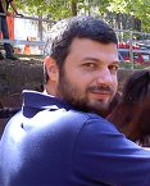 Massimo Vecchio received the Laurea degree in Computer Engineering (Magna cum Laude) from the University of Pisa and the Ph.D. degree in Computer Science and Engineering (with Doctor Europaeus mention) from IMT Lucca Institute for Advanced Studies in 2005 and 2009, respectively. His research background is on computational and artificial intelligence techniques, such as metaheuristics for global optimization and fuzzy logic. During his Ph.D. degree, however, his research interests moved towards power-efficient engineering and application designs for pervasive systems and devices. From October 2008 to March 2010, he worked as research engineer at INRIA-Saclay (France). Then, he joined the Signal Processing in Communications group at the University of Vigo (Spain) as a post-doctoral researcher. Upon his return to Italy (October 2012), he worked as senior researcher at CREATE-NET (an ICT research centre) within the Smart Internet of Things research unit, mainly in the field of Internet of Things devices and resources virtualization. Starting from May 2015, he is associate professor at the eCampus University (Italy), holding also a course on mobile and embedded systems. He is author of one book monograph and co-author of two book chapters, as well as several journal and conference papers.

Massimo is the Managing Editor of the IEEE IoT eNewsletter.