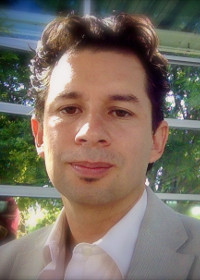 Question: How fundamental is IoT to the development of a Smart City?

Victor Larios: Cities are the centers of innovation and the people living in them want to be connected. Most cultures around the world are at a point where they cannot live without the Internet. In a world with a population of seven billion we now have more than 50 billion things that are connected to the Internet. These things are intelligent and can contribute to a Smart City in many ways.

Question: What role will IoT play in the infrastructure of Smart City?

Larios: Traffic systems are an obvious opportunity. Sensors - whether on city structures or in vehicles - can be deployed to monitor traffic patterns. Data gathered by these sensors can be used to develop systems to improve traffic flow or, in real-time, drivers can share information quickly to help other drivers have a better commute – avoiding traffic jams for example. Cities started very quickly to invest in sensors and to create these sensor networks, which are are based on IoT.

Question: Smart Grids that better manage energy distribution and consumption are a key part of a Smart City. How does IoT fit in?

Larios: More efficient energy consumption is definitely part of a Smart City. Many governments hand out grants or offer financial incentives for using energy more efficiently. Today you have these buildings full of sensors that are connected through the Internet to better understand and even control energy use. IoT enables better control of devices that consume energy throughout buildings, including homes, which all contributes to meeting the goal of Smart Grids and in turn creating a Smart City.

Question: How is IoT playing a role in the IEEE Smart Cities Initiative and why is Guadalajara, Mexico a great choice to be one of the pilot cities?

Larios: Guadalajara is the Silicon Valley of Mexico and we have many big and small companies that can participate and contribute to its Smart City Initiative. Originally it was just a place where companies such as HP, IBM or Intel set up manufacturing facilities, but Guadalajara has evolved very, very fast to have more service-oriented companies. There’s an interesting ecosystem here that can support a Smart City, including a cluster of universities. There are more than 21 universities in the region, including the University of Guadalajara, which is the second biggest in the country with more than 200,000 students. So there’s a talent pool to draw on in the future. Guadalajara won a national contest to be a pilot city because its idea was to attract a new kind of industry outside of manufacturing that related more to software development and the digital creative industry. What makes Guadalajara particularly unique is that while many cities proposed to have a technology park outside of the city, Guadalajara proposed to renew its downtown and place these new industries inside. That’s how the city started to look to be smarter, and it already had a master plan looking ahead 18 years with funding from the government to transform Guadalajara into a Smart City.

Larios: Knowledge is a key factor in order to enable Smart Cities so they have the right technology and things to transform the cities. IEEE is investing in grants for students to prepare the future workers of Smart Cities. Right now we don’t have a bachelor’s degree or a master’s degree that is specific to IoT or to Smart Cities. But education is changing and it’s one of the best strategies to prepare future generations. A recent effort of the local government is the first network of five Living Labs for the Smart City development where universities, industry, citizens, and government innovate with technological solutions for the urban environment. Also, this year the government started an ambitious program of funding in social innovation where technology in IoT and mobile applications are the vehicle for innovative and efficient solutions resulting in experience for the local talent in universities. Guadalajara IEEE volunteers are supporting these initiatives being part of the commissions and connecting the technological community towards the Smart City development.

Question: How is education around IoT and Smart Cities being delivered?

Larios: IEEE Smart Cities recently launched our first massive online course called Smart City Metrics. The focus of this course is to develop participants’ basic knowledge of the importance of a Smart City and its classifications – how you understand all of the indicators of the city, how you correlate this information, and how you manage competitions where data is opened up to everyone so they can come up with systems and solutions. Participants will also learn to identify the impact of using metrics to measure its performance. The second massive online course is specifically about IoT for Smart Cities. We will have lots to share in terms of IoT for Smart Cities from cities that are selected by IEEE. The third online course is related to open data and where the IoT can create a value sharing data from sensor networks in open data repositories. The fourth course will be related to data analytics and visualization in order to get value from IoT, support decisions, and complete Smart City Metrics.