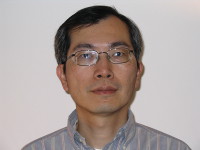 Question: The “Internet of Things,” almost by definition, is a vast topic. How would you like to begin discussing such a far-reaching subject?

Li: People who are aware of the topic probably have heard a number of different but related topics discussed, but perhaps the context or the principal characteristics of the IoT have not been clear.

One topic is so-called “M2M,” which refers to machine-to-machine sensors, communication and controls. Another area, one that IBM is developing, is called “Smarter Planet,” which is focused on efficient systems and sustainable practices applied to smart grid, smart water, smart traffic, smart buildings and smart cities. Yet another related area is wearable devices. All three approaches will depend on sensors and network connectivity. So the IoT is definitely instrumented and interconnected. In many cases, intelligence and data processing will be distributed – part of the device itself – or located centrally, as part of the backend.

This is where we begin when we try to create a vision for the future, for how the IoT is going to evolve. As we envision how this instrumented, interconnected and potentially intelligent IoT will evolve, the initial focus is on the “things.” Over time, discussion turns to how these things are interconnected. But, eventually, many of us agree, the most challenging aspect will be making use of the data that will be collected by these interconnected devices. The data, in many ways, should directly reflect what is happening in the real world, and we’ll use it to create models of aspects of the real world.

As these behavioral models are refined, they should yield insights into how the world is going to behave in the future, giving us an opportunity to adapt. We can also create structural models, such as a neighborhood or a city, to see how a behavioral model will affect a given location or population.

Question: Modeling and forecasting have been in use for some time. So you see the Internet of Things as an outgrowth of existing technologies and practices?

Li: Yes. We have employed weather modeling for a very long time and it provides a simple example of how the IoT will work. Weather modeling relies on the direct input of many sensors – on the ground, in the atmosphere, in the ocean, even in space. The sensors are measuring multiple variables such as air temperature, moisture levels, wind speeds and so on and that data contributes to the creation of a weather model. And that model allows us to understand not only what has happened and what is happening, but also what is about to happen. The constant collection of data means the model is calibrated by a feedback loop and continuously made more accurate. One IoT mantra might be: the better the data, the better the model, the better the analysis, the better the predictions.

We rely on weather forecasting not just for convenience in our day-to-day lives, but it influences how we prepare for potentially catastrophic weather-related events, how we practice agriculture, how we run critical infrastructure, transportation and so on. If you apply those principles to other areas of interest, that’s the starting point in terms of how the Internet of Things could potentially revolutionize how we interact with the real world.

The next level would be to link the models together, determine whether they have causal relationships and, if so, gain new insights into how the world behaves. These vertical domains will eventually be connected, improved and expanded by the use of “horizontals,” i.e., domain commonalities such as the emerging field of data science.

This approach could be pursued for competitive reasons in any vertical industry and myriad applications for the common good will emerge as well.

Question: Your IoT mantra begins with the quality of the data. That’s a familiar notion. What precisely does that mean in this context?

Li: The focus will be on the timely use of relevant data, not so much about the large amount of data that we will be bombarded by. It’s really about whether we can constructively leverage high-quality or immediately relevant data to build a better model.

The data we collect is going to be perishable. It is probably most valuable when we can take direct actions based on it. The speed of the needed response and the processing power needed to produce it will determine whether intelligence is distributed – embedded in the sensor or a nearby field device – or in a more central location. That also dictates the parameters of the data network that moves sensor data one way and command-and-control orders the other way.

Question: Would you elaborate on the concept of models in the context of the IoT?

Li: In a simplified picture, sensors will generate data that will populate a behavioral or structural model that represents the world around us. The number of sensors, no matter how numerous, will provide only part of the picture. Missing data must be interpolated from existing data. And with advanced processing capabilities, a model will also extrapolate the data to anticipate future behaviors and outcomes. Models will also be used to simulate “what if” scenarios to assess the effectiveness of various options for action.

Centralized or distributed intelligence, with or without human intervention, will determine which action to take and actuators will carry out the desired action. From the system perspective, this introduces the concept of automation or “closed-loop design,” which doesn’t require human intervention. As forecasted events come to pass, the difference between variables that describe the real event and those in the forecasted event will be used to calibrate and improve the model.

Question: Now that you’ve described the concepts, would you describe real-life examples of the IoT in use today?

Li: Certainly. We’ve talked about weather forecasting. I’ll describe one IoT-related application for public health management and another for urban issues such as traffic and crime.

The ability to predict disease outbreaks is very important for public health. In 1993, the “Four Corners” area where Colorado, Utah, Arizona and New Mexico meet saw an outbreak of Hantavirus Pulmonary Syndrome (HPS). Since 1993, about 606 people have been infected and about 36 percent of them died. Hantavirus is horrible; a patient in late stage HPS often exhibits shortness of breath as their lungs fill with fluid.

Johns Hopkins University and IBM worked together on a behavioral model for HPS. We started by looking at weather patterns. El Niño typically sends heavy rain into the arid Southwest, resulting in increased growth of vegetation. Later, La Niña reduces rainfall and the vegetation dries up. Rodents are the primary carrier of Hantavirus and vegetation provides cover for them. When the vegetation disappears, rodents hide in human habitations. The behavioral model we developed for the spread of Hantavirus combined a weather model, a vegetation model and a rodent population model to assess the impact on a structural model of where people live in that region.

The outcome was that we could predict areas with a high risk of a future outbreak of HPS with high confidence many months in advance. And because many ailments are vector-borne diseases – including malaria, West Nile encephalitis and Dengue Fever – we can apply this methodology to build behavioral models for other diseases to offer advanced risk assessment for an outbreak. These models have varying degrees of accuracy and more work needs to be done.

Question: Would you tell us more about urban issues such as traffic and crime in the IoT context?

Li: Urban IoT applications are also valuable. London has been using surveillance cameras since 2003 to track and impose charges on vehicles entering the downtown area, in an effort to reduce inner city traffic. Crossing an invisible boundary into London’s downtown area within the London Inner Ring Road triggers a snapshot of the vehicle and its license plate. The system bills the car owner each day. Stockholm also has implemented this approach.

In a different application, New York City has surveillance cameras in downtown and midtown to detect, say, a person who leaves a bag unattended. In Los Angeles the police use cameras on their patrol cars to scan the license plates of parked cars. If a license plate raises a red flag, the police can take action.

Thus the IoT has already been used to forecast the weather and disease outbreaks, and it is contributing to traffic control and crime fighting, even anti-terrorism.

Question: We’ve only scratched the surface of this emerging topic. It’s an area ripe for innovation. In closing, would you mention a few other related topics worthy of future discussion?

Li: Sure. We’ve mentioned data science as an important focus for research. Developing a business case with a positive return on investment for IoT applications in vertical industries is a challenge, but it’s getting a lot of attention, understandably, as economics will drive innovation. How the IoT can help in developing more efficient, sustainable infrastructure for smart grids, smart water and smart cities is being explored. And the IoT has policy implications for data security and privacy; we’ll need a balanced approach in which personal data is protected. Work proceeds in all these areas and that represents an opportunity for young engineers and other scientists to get involved.