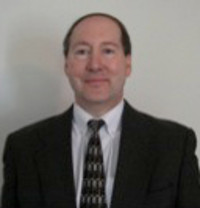 Tim Godfrey serves as Chair of the IEEE 802.24 Technical Advisory Group. His day job is Principal Technical Leader, Smart Grid Communications, in the Electric Power Research Institute’s (EPRI) Power Delivery and Utilization program, where Godfrey is involved in standardization, development, architecture, testing and demonstration in communication and telecommunication technologies beneficial to the power industry. Godfrey’s work on the IEEE 802.11 standard began in the private sector 21 years ago. In this interview, Godfrey discusses his work on the IEEE 802.11 standard and enhancements germane to both smart grid and IoT.

Question: Would you describe how you got involved with IEEE 802.11 and your current work on related standards?

Godfrey: Sure. In 1994 I was working for a company developing a pre-standard wireless LAN technology and IEEE 802.11 had just begun to gain widespread interest. Wi-Fi®, its brand name, wasn’t a household word. For the next 15 years I was primarily focused on the standard through my private sector work in a number of companies developing semiconductors for wireless communication. In working with IEEE 802, IEEE 802.11 was my primary group. This year we’re celebrating IEEE 802.11’s 25th anniversary, which is well worth noting, as it has become a nearly ubiquitous standard worldwide.

In the past six years or so, since I’ve been working with EPRI and more focused on the utility industry, I’ve spread my time around. Although I keep tabs on IEEE 802.11, I’ve also been involved in IEEE 802.15, which has developed several smart grid-related standards. I’m also involved with IEEE 802.16, the standard behind WiMAX, which is also widely used for utility networks. So I’ve become more of a generalist in the IEEE 802 world.

Question: It sounds like there must be a healthy overlap between smart grid applications and IoT applications when it comes to IEEE 802-related standards. Can you discuss that overlap?

Godfrey: That’s true. I’ll tie together a few threads to answer your question. First, although IoT and smart grid may use common architectural principles and underlying standards, there are often significant differences in the network connectivity. For example, the “I” in IoT stands for Internet, but some smart grid networks are private and are not reachable from the public Internet. On the other hand, smart grid applications at the customer premises frequently do use an Internet connection, blurring the distinction with IoT. Returning to IEEE 802.11, the current, highest profile work is currently IEEE 802.11ax. We have Task Group AX (TGax) focused on high efficiency, wireless local area networks (WLAN). To place this effort in context, we went from IEEE 802.11b, to IEEE 802.11g, to IEEE 802.11n, to IEEE 802.11ac. At any given time, industry is focused on a specific enhancement as the proverbial “next big thing.” Now it’s IEEE 802.11ax. This enhancement is not really focused on smart grid applications. Its primary objective is increasing efficiency and the number of simultaneous users. But because this enhancement will become the baseline in a broad market – it will be the standard that all chips and devices are built to – it will become the de facto standard for smart grid and IoT as well.

Another current development is the Task Group on IEEE 802.11ah (TGah), which is for operations in the sub gigahertz (GHz) bands. This work is more focused on smart grid and IoT applications. Basically, this work takes IEEE 802.11ac, which is the most recent physical and MAC (media access control) layer standard, and applies it in the 902 to 928 MHz, unlicensed band. That’s useful for smart grid and IoT applications because propagation characteristics and range improve in that frequency band compared to 2.4 GHz or 5 GHz, the other primary bands used by IEEE 802.11.

In the customer premise use case, in either homes or businesses, there are two classes of applications, both of which have to do with wirelessly connecting from some sort of a control device – whether that’s a router access point or a gateway of sorts – to the loads. Those loads might be distant enough to push up against the reliability we expect of IEEE 802.11. Operating at a different frequency band could give us the extra range needed to make a longer-range, stable connection. We’re also starting work on providing longer range in the 2.4 GHz band as well.

Question: Does longer range in the 2.4 GHz band have implications for smart grid and IoT?

Godfrey: It does. When I talk about a longer range capability in the 2.4 GHz band, the term we’ve given this within IEEE 802.11 is LRLP, which stands for “long range, low power.” How we’re approaching it has spawned a change in how we organize our work in IEEE 802.11, so the details may be of interest to IEEE members, especially those involved in the standards process.

We first discussed the need for improvements in LRLP this past May, and again in July. The IEEE 802.11 Working Group wasn’t ready to immediately launch such a project. So we’ve formed a new Topic Interest Group or “TIG,” as we call it, where we can continue to meet and explore the topic and refine the requirements, technical feasibility and so forth. A similar approach has been taken by IEEE 802.15 for a while. The TIG met for the first time at the September IEEE 802.11 meeting1. Over 60 people attended, and there was lots of good discussion. The LRLP TIG is specifically addressing the needs for smart grid, machine-to-machine, and IoT sensors in the home; the 2.4 GHz band, is widely used by these types of devices.

When people buy an entry-level home router or access point they know it will support the 2.4 GHz band. In the future, that device might support 5 GHz, and it might support the 915 MHz band when work on IEEE 802.11ah is completed. The idea is to make sure that we have a capability that’s built into every IEEE 802.11 device on the infrastructure side so that the router or access point can support the level of connectivity required by the smart grid or IoT devices that may be deployed in the home or business. Regarding IoT specifically, the objective is to provide this operational mode for both longer range and lower power to support IoT devices that might run on batteries or operate with constrained or reduced power availability compared to traditional devices.

Question: The formation of a Topic Interest Group sounds like a vehicle for maintaining interest and momentum prior to formation of a formal Task Group. Is that the gist of it?

Godfrey: Exactly. The progression of a standard in IEEE 802.11 is: first, a TIG is formed. Once the decision is made to move forward with an amendment, then a Study Group is formed. Its job is to create a project authorization request or PAR. The PAR defines the goals and scope of the amendment that will be created. Once that PAR is approved, the group changes to a Task Group which then goes through the process of drafting the amendment. Historically, IEEE 802.11 has not had TIGs. They just went straight to a Study Group and combined the activities of the TIG and the SG together in one activity. A new process was needed because, with the increasing complexity of the projects being conceived, Study Groups were exceeding their charter time, which is eight months. Rather than force Study Groups to seek repeated renewals, the formation of a TIG first ensures that the Study Group phase can happen in the allotted time and then move into the actual Task Group phase.

Question: In the painstaking work of the standards-setting world, precise, well-defined processes really matter, don’t they?

I believe it’s valuable for both the individual as well as his/her company for the following reasons. In my experience, being involved in leading-edge, standards development activity means dealing with the latest ideas and progressions in industry. It means having the opportunity to articulate and support concepts that can really change the direction of industry. That involvement has been exciting for me personally and professionally and valuable to my career. Now, from EPRI’s point of view – it’s a 501(c)(3) nonprofit that serves the public good – one of our primary missions is to support interoperability and standardizations in the smart grid and its overlap with IoT. So EPRI is active and engaged in standards across the board from IEEE 802, to the International Electrotechnical Commission (IEC) and other standards development organizations that are relevant to the utility industry, the smart grid and related IoT markets. This work aligns with our charter and our desire to help stakeholders move forward towards standardization that will be beneficial to the electric grid and to society in general.