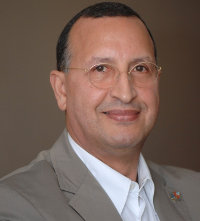 Latif Ladid is the chair of the upcoming IEEE World Forum on the Internet of Things (IoT). He is an IoT subject matter expert and discusses how Internet addresses and IPv6 technology can support the growing number of connected devices and their communications requirements.

Question: Does the IPv6 model recognize all of the requirements created by IoT?

Latif Ladid: I would say yes, thanks to the work that’s been done within the IPv6 Forum as well as the IPSO Alliance. There will also be some relevant discussions at the upcoming World Forum on IoT this December in Milan, where a number of scenarios will be discussed. Right now, for example, there are thousands of cameras around the world for security and safety purposes. Today they are all connected in a proprietary manner through a network. But in the future, other people may be permitted to connect to them from anywhere for global cooperation between various governments or law enforcement agencies. This is where IPv6 will play a major role.

Question: We’ve pretty much run out of IPv4 addresses. Are we in any danger of running out of IPv6 addresses given the proliferation of connected devices related to the IoT?

Ladid: Actually, we’ve only made one-eighth of the IPv6 addresses available to the world for use now. The remaining are reserved for future applications. That one-eighth will address the announced 50 billion IoT devices by 2020 with just a small fraction of this IPv6 address space. We would need trillions and trillions of IoT devices to deplete IPv6. What a wonderful achievement it would be to get trillions of devices connected to the Internet; that would be something I would like to see in the future. I wouldn't worry about the address space as far as IoT, and whatever comes in the future.

Question: Would we have enough IPv6 addresses if we colonized Mars?

Question: Should we be conserving IPv6 addresses at all?

Ladid: We should use the address space because it just shows that we have the intelligence to do it. One of my little worries is that we don't have enough educated engineers to do this now. This is a hurdle to get IPv6 implemented on a worldwide basis, although the penetration of IPv6 is now doing pretty well. The U.S. has the highest penetration at 74 million people without them even knowing it. The difference between IPv4 and IPv6 is that we don't have enough IPv4 addresses, an ISP provides a NAT address, which is a private IP address. It's like a phone system when you had the phone number of the PBX and the extension number. They allow only outgoing traffic. With IPv6 you have an extension that will allow incoming traffic, restoring the end to end model for everyone, a key feature of future end to end innovations.

Question: Beyond the IPv6 and having enough addresses, what are the challenges of having so many devices connected to a network infrastructure?

Ladid: Scalability will be taken care of by IPv6. That should not be an issue. The real challenges will be security, and primarily privacy, because in this case IoT devices will be very invasive and the various policies around the world are not very pro-privacy, especially in the United States. Some companies make money out of private data. But it will become worse with IoT because all devices are going to be chatting about you, and then releasing private data about what you eat and what you do, where you are, and so on and so forth. This is one thing that needs to be carefully studied so proper protocols can be devised. IoT can cause the spread of private data around the world. This is one of the biggest concerns I have. Anything else is probably manageable. The business case is quite clear. The deployment is only a question of expertise and skills. The concern will be that we need new models for security, especially for industry, and privacy for average users so they feel safe that nobody's going to use their data inappropriately.