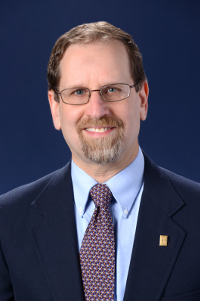 In this interview, Dr. Fish discusses why the Internet of Things (IoT) may require multiple IoTs (or Intranets of Things), the importance of telecom-related standards for IoT, the opportunities to participate in standards development through IEEE Standards Association (IEEE-SA) and the challenges of addressing scale in an IoT that may link billions or maybe trillions of “things.”

Question: You have suggested that IoT might split into more than one global network – perhaps one for consumers, another for commercial/industrial traffic. “Intranets of Things” might also proliferate. What drives your thinking?

FIsh: The requirements of the market sectors to which we might apply IoT technologies are so different that it may not be possible to create a single set of technologies that meet all those needs. Some sectors may not want to be connected to everything. Think of critical infrastructure, such as the electric grid, nuclear power plants, railroads. These things, obviously, would greatly benefit from networks of sensors and computers that all talk to each other. It’s not clear that we want those kinds of systems connected with other, less critical things, networks, and people. So while we’re addressing technological barriers to an Internet of Things, security, commercial and other barriers to a single IoT may also arise.

I also see a distinction between “Internet of Things” and “Intranets of Things.” Here in New Jersey we have radio-controlled badges in our cars and we can pass at highway speeds under a sensor network, a virtual toll booth, which collects information about our vehicle, connects that to databases that determine what to charge us, and it’s all connected to our bank accounts. But the people who use this particular network may not want it connected to everything else. There will be commercial reasons for not connecting everything, just as there will be commercial reasons for connecting things.

Question: Are there standards today for IoT?

Fish: We’re at a relatively early stage for standards. We’re at a stage now where one can build products that claim to be part of the IoT, but no manufacturer can say that they’re addressing more than a niche market at this point. I don’t think all the cards are on the table yet.

Since IoT became a hot topic, we’ve seen many disparate companies and consortia all saying that they’re involved. GE says it’s going to monitor its jet engines in real-time, others mention controlling huge, capital-intensive industrial factories and their processes. Google and Nest are making home-based “IoT”-type products. We hear chip makers say they’re the partners for IoT. Obviously, when there’s so much diversity, they can’t possibly be talking about the same thing. It’ll take some time for everyone to figure out where IoT is going, and whether they want to go along for the ride.

Question: In your view, will telecom standards in particular be critical to IoT?

Fish: Telecom networks obviously serve as critical infrastructure to the Internet. How those networks are set up, managed, measured, and made reliable are all characteristics that we’ve dealt with for generations. With the anticipated and unprecedented scale of IoT, we’ll have to make decisions about performance-related metrics such as reliability, manageability, energy consumption, and security. Recently there has been a lot of interest in energy management for IoT which often involves some sort of very large scale sensor network. We’re not going to be plugging every sensor on the network into the electric grid. Networks could be powered by energy from the environment, from batteries, from radio frequencies. There are all kinds of considerations in building these networks that fall within the research-and-development focus of telecommunications.

Question: Would you describe the likely process for developing telecom and other standards in the age of IoT?

Fish: Like any set of emerging standards, there are commercial interests that would like to go to market very quickly with core technologies that embed their intellectual property. Those commercial interests include the semiconductor players. A number of industry verticals are also quite interested in IoT: electric power, healthcare, transportation – to name a few. Those verticals are users of technology, but not necessarily originators of technology. Thus begins the dance between the players in the vertical markets who want to buy standard-based technology to create value and those selling technologies that they’d like to see adopted as standards.

So what goes into an IoT standard? You start out at the physical and MAC layers. In IEEE we have standards for personal area networks, LANs, IEEE 802.11 – so-called Wi-Fi – metro-Ethernet, a variety of typical transport layers. On top of that you’re building various sorts of protocols that provide trade-offs between reliability and security and manageability. Those trade-offs will be different for different applications.

For instance, consider an application of IoT such as entertainment, say, “follow-me TV.” Sensors would determine your location in the home by your body heat or some visual cue and when you move to another room, the TV in the next room turns on to the same channel. This kind of application doesn’t require high security elements or large-scale network manageability.

On the other hand, consider a large-scale manufacturing enterprise. You need to control inventory as materials come in, get processed on the factory floor, finished products are placed in inventory and then shipped to customers. The reliability, sophistication, and cost of those sorts of networks have to be much greater than the network that enables the entertainment application. Standards will come out of the requirements for these various verticals.

Question: Would you provide a sense of how the process proceeds from identifying requirements to an actual standard?

Fish: Fundamentally, people and companies drive the standards process. When these parties see a market need for standards, they invest time and money through participation in the process. IEEE provides a platform for a diverse array of companies and people to discuss, peer-to-peer, what standards are needed and the shape they should take. The process is open and consensual and I don’t expect it will change as IoT is developed. And let’s keep the goal in mind: establishing standards, among other things, enables market growth through a virtuous cycle of interoperable adoption. A successful standard should do that, but sometimes a standard doesn’t achieve that goal.

At IEEE, the process may start with the formation of a research group, which articulates the issues that the participants see as a potential barrier to achieving a standard. Next, a study group is formed and given a limited amount of time, measured in months, to determine the scope of a standards project. We refer to the study group’s output as an “IEEE project authorization request,” or PAR, for short. It’s a proposal for a specific standard. Finally, a working group solicits technology contributions from individuals and companies, which must disclose any intellectual property in their contributions. The working group then writes a standards document. If it is adopted, it is published as an IEEE standard.

Naturally, I’m partial to IEEE, but other standards developing organizations (SDO) perform a complementary role. SDOs include the European Telecommunications Standards Institute (ETSI) and a number of related industry consortia, which includes the AllSeen Alliance, the Industrial Internet Consortium and the Open Interconnect Consortium, among others.

Question: What work on standards relevant to IoT is in the works at IEEE?

Fish: The IEEE has a working group focused on a proposed standard, IEEE P2413, “Standard for an Architectural Framework for Internet of Things.” IEEE ComSoc also has groups working on IoT services, IoT communications and networking infrastructure, and IoT architecture. These groups are collectively trying to do technology gap analysis in order to pinpoint where additional technology is needed to provide end-to-end IoT standardization solutions.

How will a smart building connect with external infrastructure? The IEEE 2030 Smart Grid series addresses the interoperability of energy technology and IT operations with the electric grid. How will workers in a smart building connect to the corporate network? The IEEE 802.11 series addresses wireless local area networks (WLANs) and IEEE 1901 addresses data communications over powerlines. What about smart homes? The IEEE 1905 series provides a basis for convergent digital home networking for heterogeneous technologies. How will sensors and actuators work together? The IEEE 21451 series on communications for sensors, actuators, and devices is designed to address security, scalability, and interoperability. So through the cooperation of the IEEE Standards Association and the IEEE standards sponsors in IEEE societies and councils, we’re currently addressing much of the groundwork needed to build IoT.

Question: What technologies are already in place today that will transfer well to serve future IoT or IoTs?

Fish: There are core services and components in the current telecom network today that will be used by IoT networks: Internet backbone, Internet Protocol (IP), TCP/IP, etc. All these things will be incorporated into IoT types of deployments, along with some new stuff.

Question: Where are technical developments needed, particularly as they relate to the potential scale of a single IoT or multiple IoTs?

Fish: Of course, IoT is all about scale. I’ve seen definitions of IoT to the effect that the Internet becomes IoT when the number of things connected to it exceeds the number of people on this planet. We have something like seven billion people on Earth. If we add in “things,” we’re talking many billions or perhaps a trillion nodes. So scale and scalability become huge issues.

We haven’t talked about the back end. We’re churning out data and it has to be analyzed. How do you take billions of readings from all these devices and turn it into actionable intelligence? Perhaps it’s done in real time, perhaps not. Today, data mining might be focused on an enormous centralized or cloud-based database. But the control of a power plant or the electrical grid or a manufacturing process will demand that we do and act on data analysis in real time.  This might result in sophisticated data aggregation and analysis being done in IoT nodes at the periphery of the network.

An irony is that one of the great IoT networks out there is and will be the telecom network itself. Because you have all these things – from cell phones to electric meters – getting attached to the network. But the network has to be provisioned correctly to carry all the data it’s being asked to carry. We need to be able to move capacity around, to update software – all the things that happen in a typical network have to happen in an IoT network, except the scale goes up by a couple of orders of magnitude.

Question: Are there behavioral aspects to telecom networks at scale that provide a basis for anticipating the vagaries of scale at an IoT level? Or are we in new territory?

Fish: We’re in new territory. Look at Internet architecture. It has worked, it has been scalable. But it was designed for things that didn’t have the scale of IoT. They probably thought about having 103 nodes on the Internet when they were building it. Already we have 109. But will we go to 1012, 1014? That raises very interesting issues. One of the keys to the scalability of the Internet is distributed intelligence, pushing intelligence to the fringes of the network. With IoT, it appears, Moore’s Law is once again a driving force. Processors are getting cheaper and that enables us to push intelligence out to the fringes of the network. We’ll need to determine whether the same mechanisms that have allowed us to manage a 109 network will enable us to manage a 1012 network. That’s definitely an open question.