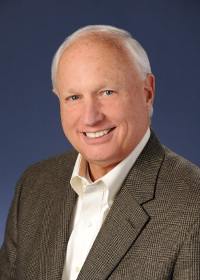 Dr. Wilbert Charlton (Chuck) Adams, Jr. served as president of the IEEE Standards Association (IEEE-SA) in 2009-2010 and he currently sits on its Board. Chuck is actively involved in the IEEE-SA Internet of Things (IoT) strategy and was a founding member of the IEEE IoT development program. He is currently affiliated with Huawei Technologies as Distinguished Standards Strategist. Here, he discusses the development of standards for IoT, including its broad scope, and how the development of Smart Grid standards serves as a source of some guidance.

Chuck Adams: IoT is becoming the next generation for integrating an expanded framework of industry constituents in a broad scale standardization development program that is of global proportions. To me, the first one was the Smart Grid, but that was limited in that it focused on a primary industry. With that experience behind us, we’re now moving into a world that is looking at aligning multiple industries that enable and ensure consumers and service providers work together. The IEEE Standards Association (IEEE-SA) has a number of standards, projects and events that are directly related to creating the environment needed to foster the ongoing development of a vibrant IoT. In effect, we have created an “innovations space” that provides a reference point for all things in IEEE-SA that are related to IoT.

Question: Given the scope of IoT and the pace of its evolution, what does the future hold in the long term and what has been accomplished so far on the standards front?

Adams: About four years ago it became clear there were as many devices connected to the Internet as there are people in the world. This expansive interconnection growth has been evolving at a very rapid pace for several years. If this continues through to 2020, it’s projected there will be upwards of seven devices on the Internet for every person who lives in the world. That’s active devices. Behind the scenes there could probably be another 300 to 500 passive devices per person on the Internet that will be leveraging solutions of the future. We’ve already had to come up with a new addressing scheme for Internet access, which we didn’t have in place four or five years ago. IPv6 now provides more than adequate Internet addressing. There have also been great advances in sensor technology, including reducing power requirements and adding the intelligence you can put in to connect to the Internet. But there are a lot of voids out there where standards can kind of play a role, such as security and privacy and data management and analysis, and cross industry integration.

Question: What are the pressing challenges for IoT standards development?

Adams: It’s so broad, so complex, that no standards organization has the possibility of being an island and pulling it all together, so one of the challenges going forward becomes the integration of technologies across various standards communities and platforms, and already you’re starting to hear discussions and relationships being built across standards communities so that these pieces fit together. Another challenge, probably one of the biggest ones, is at the architecture level. This is where the IEEE is focused. Within IEEE there is a myriad of technologies, and all these technologies are going to be aspects or components of an IoT framework going forward, whether it’s sensors or networking, as well as environments that encompass consumer, medical, transportation, and utility applications. It’s this realization that has led to IEEE P2413TM, a standard that defines an architectural framework for the Internet of Things (IoT), including descriptions of various IoT domains, definitions of IoT domain abstractions, and identification of commonalities between different IoT domains. Because various vertical environments are going to have to work together from a horizontal perspective, a lot of focus and emphasis needs to be established in terms of how devices, deliverables and services are aligned , how these integrated components communicate together, prioritize, and how the routing coordinates intra- and cross-domain activities. Solutions are not islands any longer.

Question: Can the development of Smart Grid provide lessons on how to create standards for IoT?

Adams: Smart Grid was the first arena that brought together multiple constituents. It also brought to the surface the complexity of assembling all of the stakeholders: government at multiple levels, communities, and industry that were looking for a common global framework, while recognizing there were going to be extended regional variations. You also couldn’t ignore the regulatory communities. Smart Grid presented a broad landscape and scope that one had to consider for the first time in the standards world. It was also necessary to recognize that working with the users of the technology became very important. Historically, the standards world was managed by the owners of the technology.

Question: Is there a misconception that IoT is about a lot of small devices such as wearables?

Adams: IoT is an integrated phenomenon. There’s lots of talk about sensors on the network, but what’s driving IoT is the cloud and the ability to manage huge amounts of data. We have the ability to decentralize the application environment and intelligence, which we didn’t have to the same degree back in the early Smart Grid days. We now have the capability of making sensors intelligent, predictive and to put some of the processing at the endpoint and the nodes. Now there is the potential to obtain multiple sources of data and perform detailed analysis and assessment. Don’t think of IoT as the sensors in the devices; think of IoT as the integration of all these things: cloud, data analytics, distributed intelligence, distributed application environments, cross-application coordination--all things that are activity engaged. Another good example within IEEE that is addressing this integration movement is the IEEE-Standards Association Industry Connections - Convergence of Smart Home and Building Architectures (CSHBA) group. This working group is focused on closing an existing gap between various domains, such as electric vehicle, home or building energy management, infotainment, etc., with pre-standardization efforts to enable a seamless user experience across these multiple applications. One can debate what IoT is, but it will be the ubiquitous environment of the next decade leveraging technology that allows us to take advantage of expanded data and intelligence that will propel IoT and integrated services into becoming a normal and integrated aspect of our everyday lives.